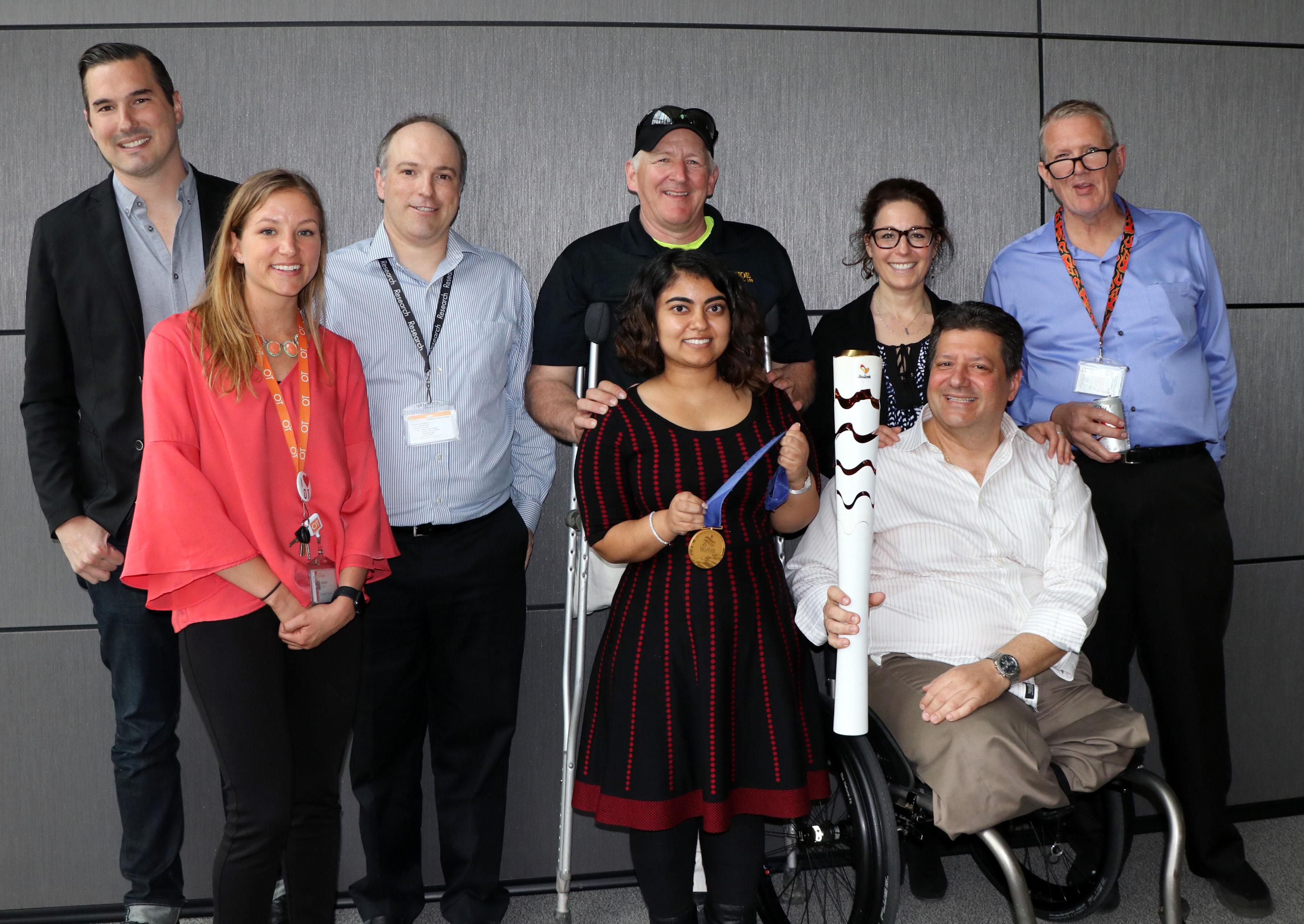 Thank you to everyone who attended the Limb Loss Awareness Month events organized by the Shirley Ryan Ability Lab’s 19th and 20th floors, Prosthetics and Orthotics Clinical Center, Center for Bionic Medicine and LIFE Center. Audience members heard from clinicians, scientists and patients about how technologies for persons with amputation can be improved, as well as how to best cope with limb loss.

U.S. Senator Tammy Duckworth (D-IL) gave opening remarks via a recorded video statement, commenting on the importance of rehabilitation medicine and institutions such as the Shirley Ryan AbilityLab. Duckworth lost both her legs in 2004, when as a Black Hawk helicopter pilot for the Illinois Army National Guard, her helicopter was hit by an RPG in Iraq. 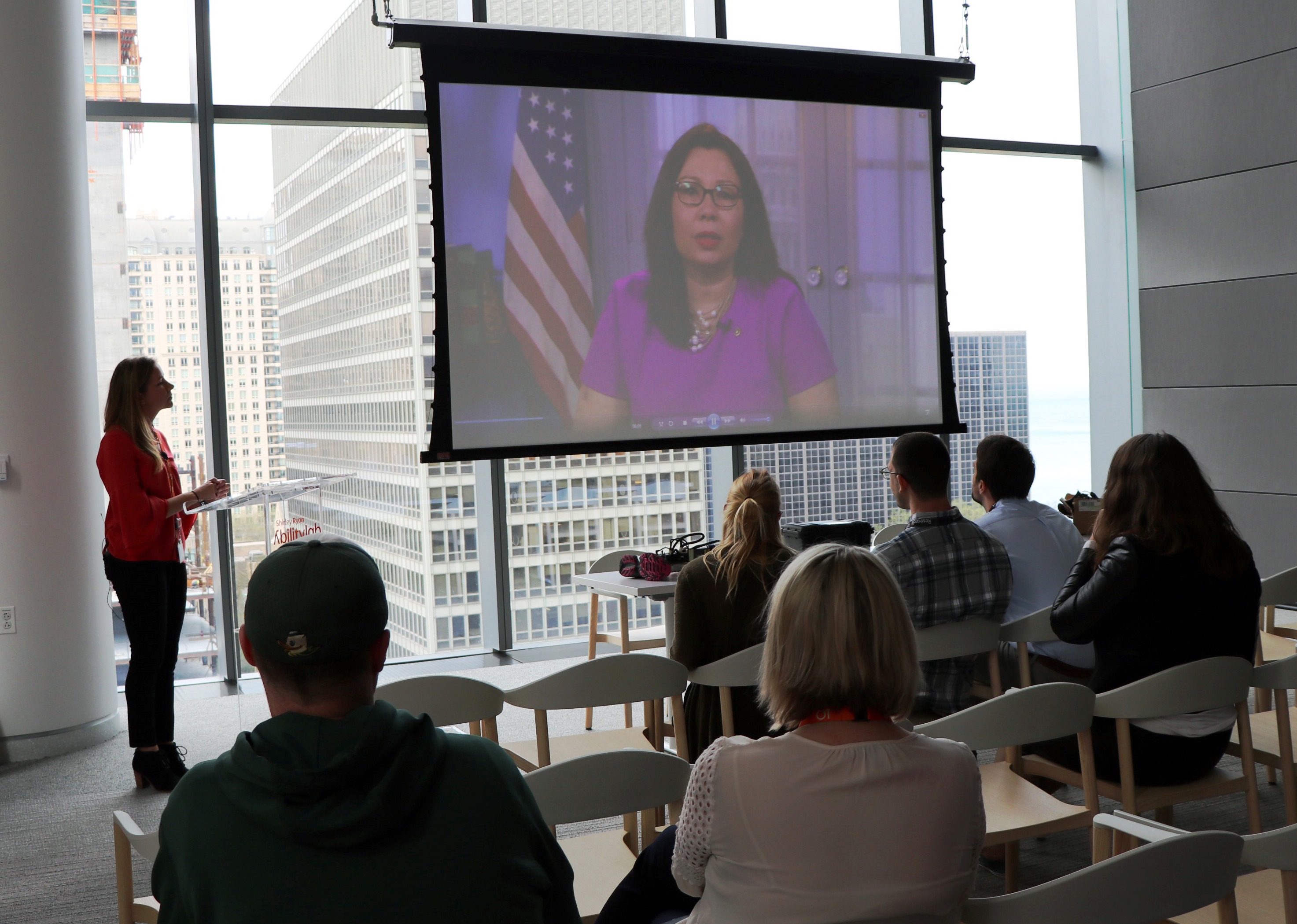 Roy Robinson, who lost his left leg in a motor vehicle accident, offered this advice to anyone coping with limb loss: learn to laugh and focus on the positives.

“This is something that is going to be a part of you for the rest of your life. Learn the upside to it,” he said. “For me, I get to get an oil change just like my truck does, so that’s funny to me. Like my motorcycle, there are new and better and more interesting parts, so I get to go shopping.” 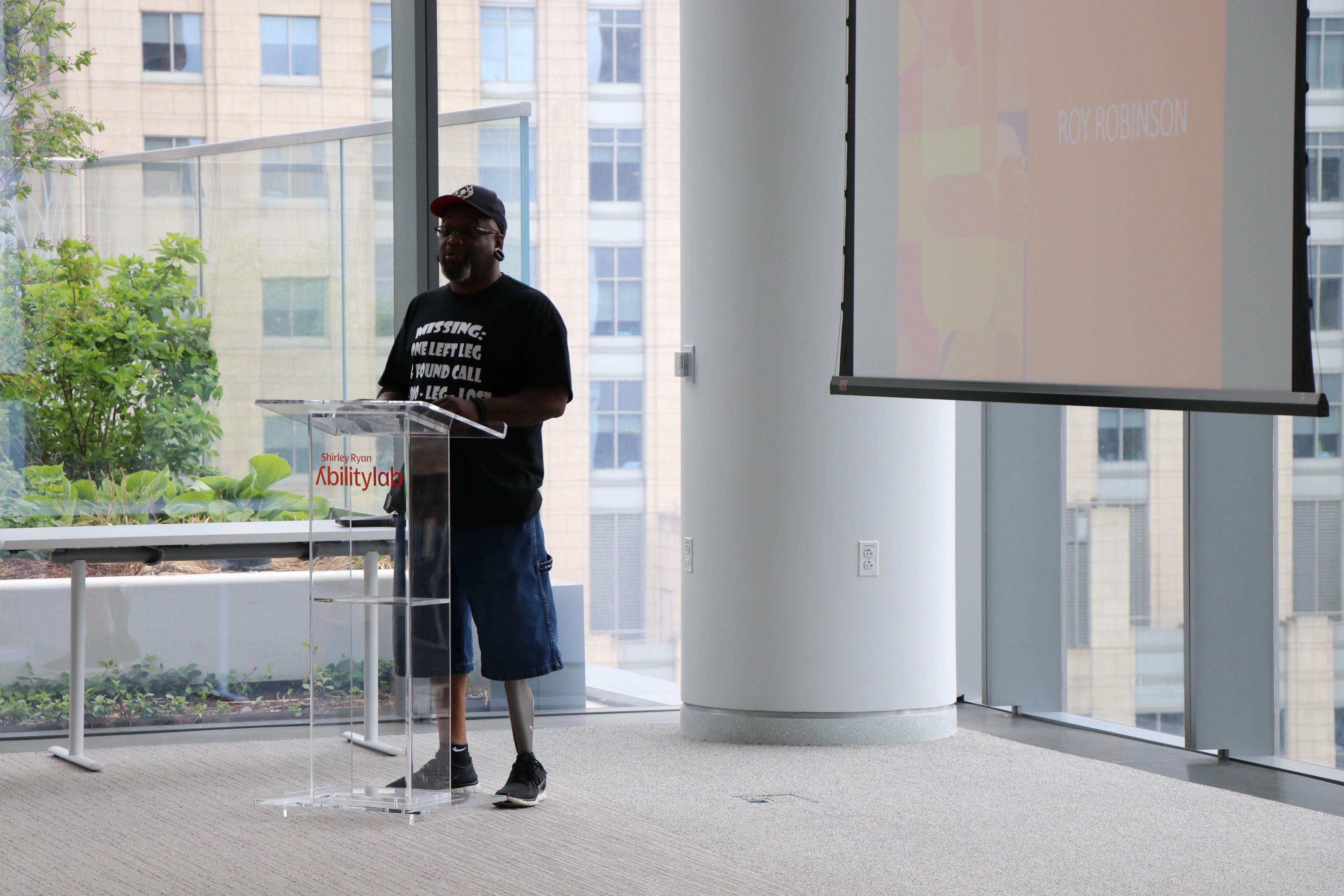 “Never feel that you are less,” he added.

Robinson and other panel members later participated in a dance event, showing their skills to the tune of “My Girl” and “The Electric Slide.”

Paralympian Patrick Byrne and Gus Zografopoulos reiterated Robinson’s message of staying active. Both men, who have lower-limb loss, remain very involved in adaptive sports. Byrne won a gold medal in sledge hockey as part of Team USA at the 2002 Winter Paralympics; Zografopoulos is an active swimmer. 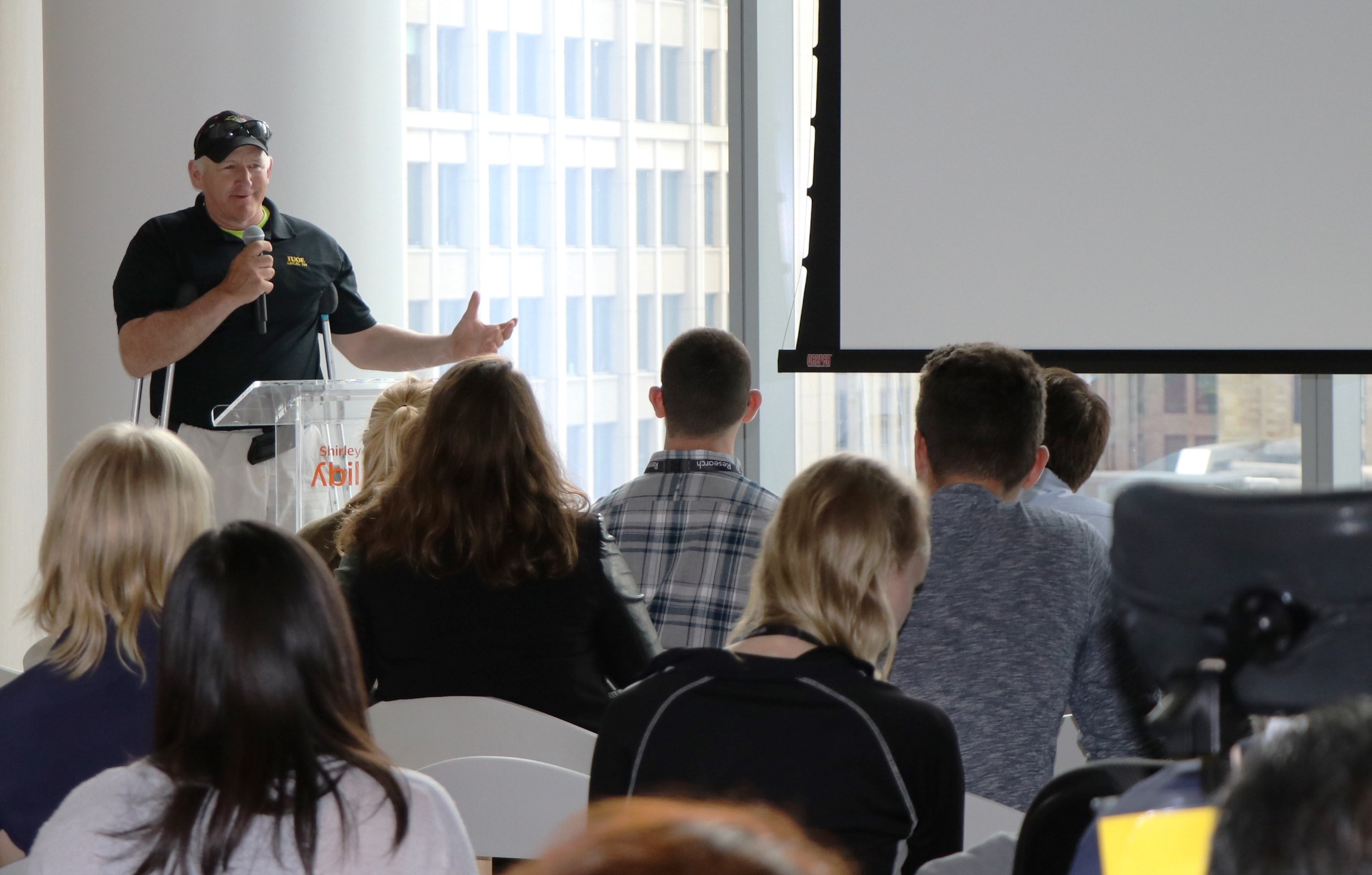 “I got involved with the sports program right here and that’s what really, really turned my life around,” Byrne told the audience. “I never golfed when I had two legs. I never played hockey with two legs. And thanks to the Shirley Ryan AbilityLab, I got involved with all these sports that helped turn my life around. It’s really incredible. You think your whole world has ended. And your whole world just re-opens once I became a part of the organization right here.” 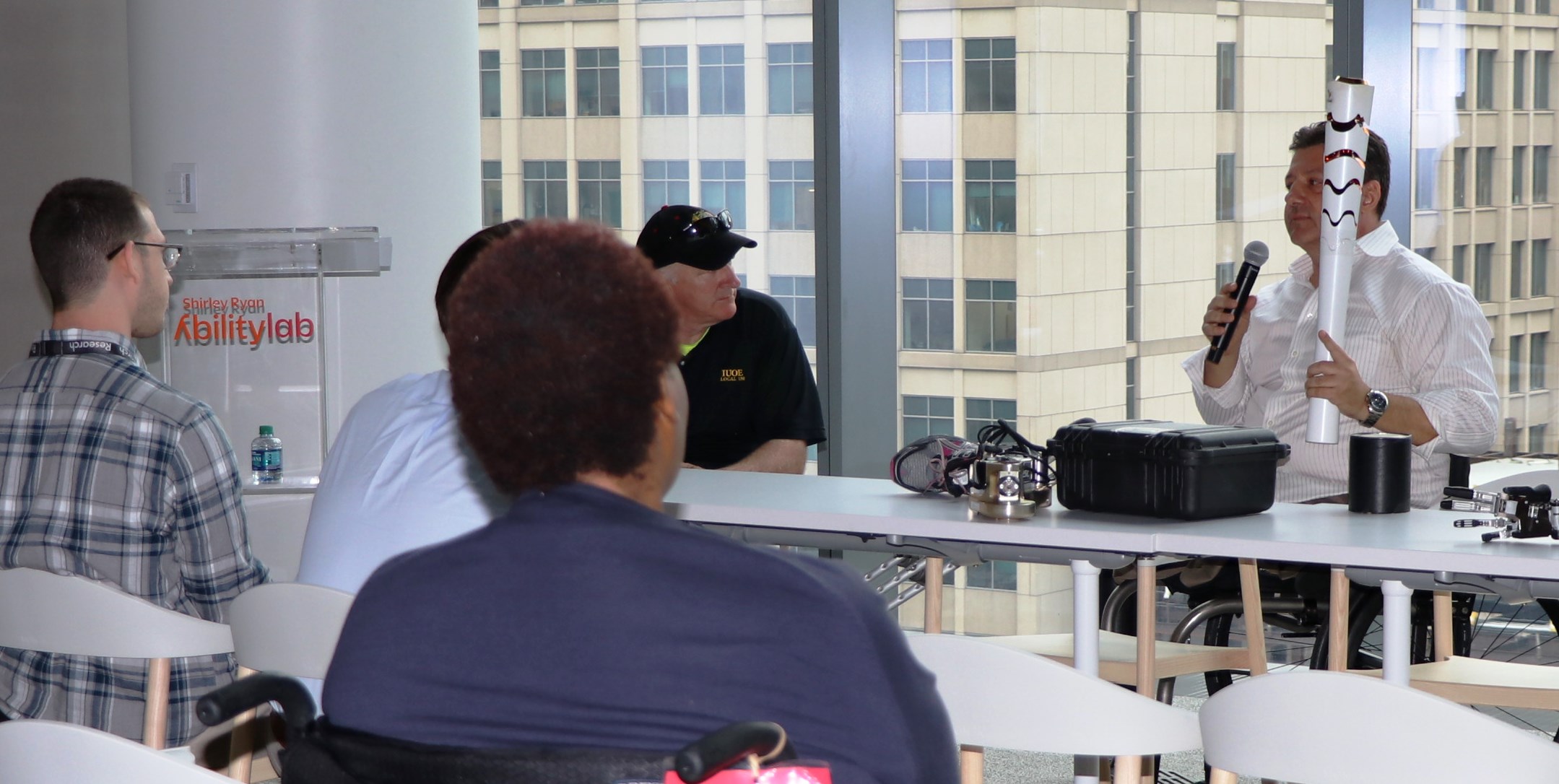 On the research side, Drs. Todd Kuiken, Elliott Rouse and Levi Hargrove discussed a few of the latest advances in technologies and procedures for persons with limb loss. Dr. Rouse is developing a lightweight prosthetic foot that can adapt based on a user’s intent. 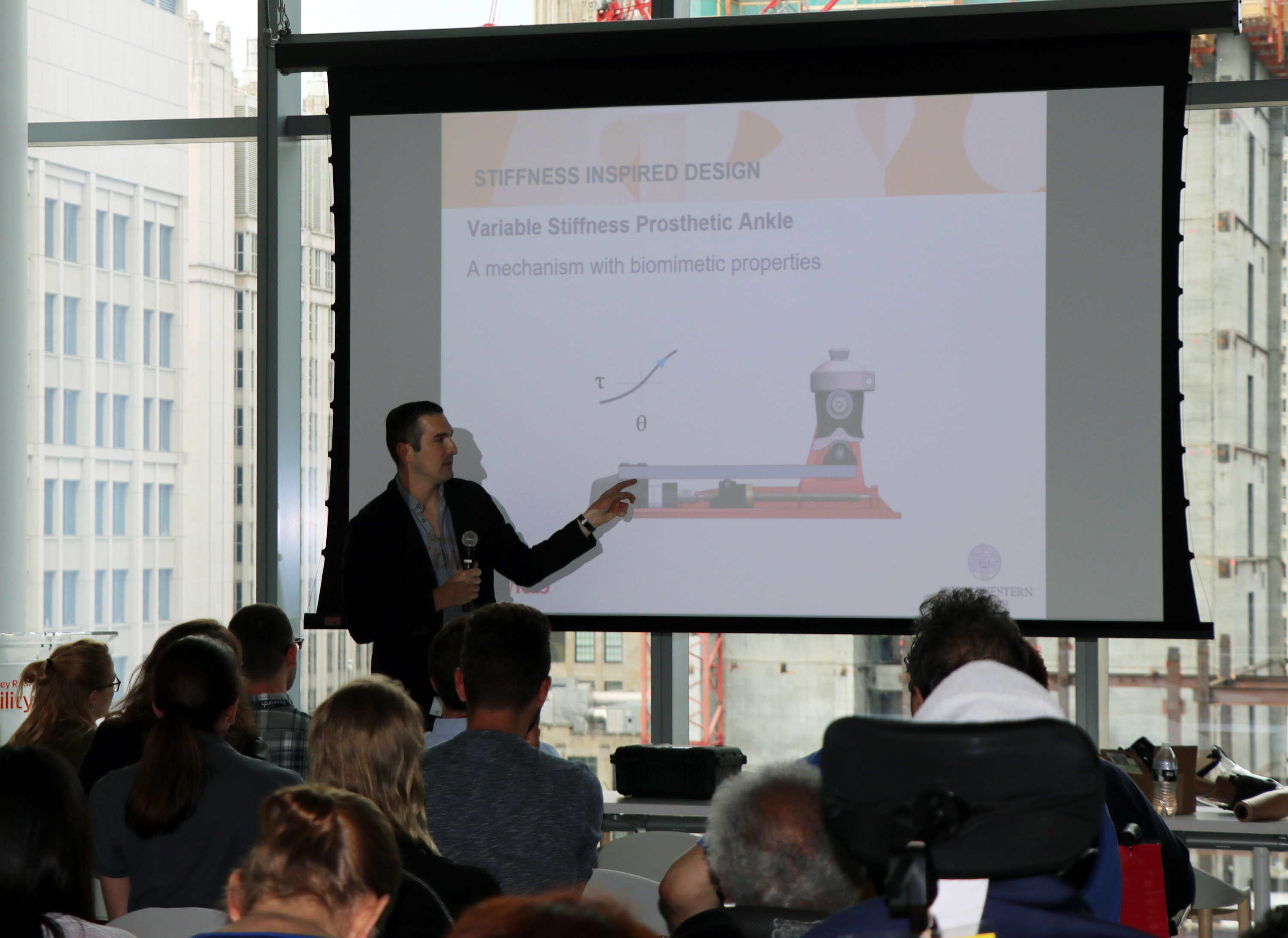 He and his team used a biomimetic approach coupled with clever mechanical design, which led to promising results. “We have a foot that’s lightweight, portable, and can store twice the energy as the common prosthetic foot,” said Rouse, Director of the Neurobionics Lab and an Assistant Professor in the Departments of Physical Medicine & Rehabilitation and Mechanical Engineering at Northwestern University. “It can change its behavior for different activities, and can do all of that on the fly.”

More information about current projects ongoing within the CBM can be found here.

Since 2011, the Amputee Coalition has designated April as Limb Loss Awareness Month to encourage discussions about limb loss and limb loss prevention. The Coalition estimates that approximately 2 million individuals are currently living with limb loss in the United Sates, and that each year, approximately 185,000 amputations occur in the U.S. Learn more about Limb Loss Awareness Month here.