Current motorized prosthetic arms are heavy and can be burdensome to use for the estimated 41,000 people in the United States affected by amputation at or above the wrist.

The Center for Bionic Medicine has developed a powered prosthetic arm (The RIC Arm/Shirley Ryan AbilityLab Arm) specifically designed to be much smaller and lighter than currently available prostheses.

The arm is designed for the 25th percentile female as opposed to most other arms sized for the 50th percentile male. The arm can be extended for larger people, too. It also has the first wrist with flexion/extension motion as well as rotation, allowing users more intuitive control of their prosthetic arm. 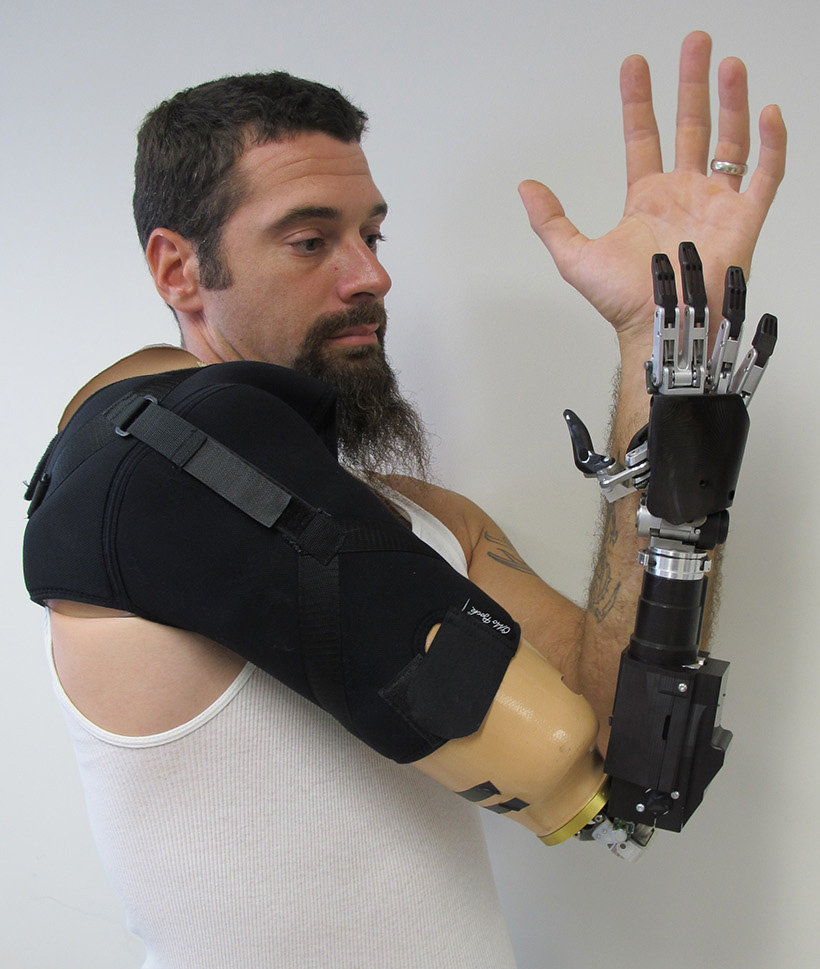