ROCHELLE, Ill. (WIFR) – A local man beats the odds after a crash nearly leave him paralyzed.

“I knew something was very, very bad,” says Cole Thomas.

Five months after a life changing crash, Cole Thomas has yet to go back to the place where he nearly lost the ability to walk his daughters down the aisle.

“You don’t realize what you have until it’s gone.”

While Cole hasn’t been there physically, his mind continuously takes the trip, often.

Thomas was behind wheel of a construction truck on Route 64 when he says a deer dashed in front of him, causing him to overturn and roll several times, the sound of the crash near deafening however the pop in his back amplified by reality.

“I was thinking to myself, ‘Where are my legs, where are my legs?’ and as I’m looking down, I seem them there and yet I can’t move them,” recalls Thomas.

Cole was rushed to the emergency room where he met with doctors.

“I remember asking if I was going to walk again and he said no, and I remember holding on to my wife’s hand.”
It’s a fate Cole wasn’t willing to accept. He went through surgery before turning to the internet, posting a plea on social media viewed more than 12 million times across the world.

“Everyone tells me that I am never going to walk again and I want to prove them wrong.”

Cole’s outlook was grim until he was transferred to the Rehabilitation Institute of Chicago where he met Dr. Ki Kim and found hope.

“When we first met there was really no movement in the legs,” says Dr. Kim.

“Did you think he was going to be able to walk again?” asked 23 News Anchor Whitney Martin.

“Yes, I knew there was a possibility,” Dr. Kim said.

While doctors focus on the positive, Cole focuses on what feels impossible – learning to walk again.

“In my mind, if you tell me I can’t do something, that’s a challenge,” says Cole.

Challenging days that led Cole to this moment.

“I lifted one leg and then the other and thought this is nuts,” says Thomas.

“That day I knew, I had tears of joy coming down my face,” said Cole.

Nearly half a year after the crash, Cole is still surprising doctors, surprising himself. He trains three hours a day and is now working on climbing stairs, each move, symbolizing a step toward a functional life with his daughters.

“I would like to say I worked this hard for me but it's not. It's for them to get their fully functional dad back,” says Thomas.

As Cole moves forward, he plans on going back to the scene of the accident, knowing the only reason to look back is to see how far he’s come. 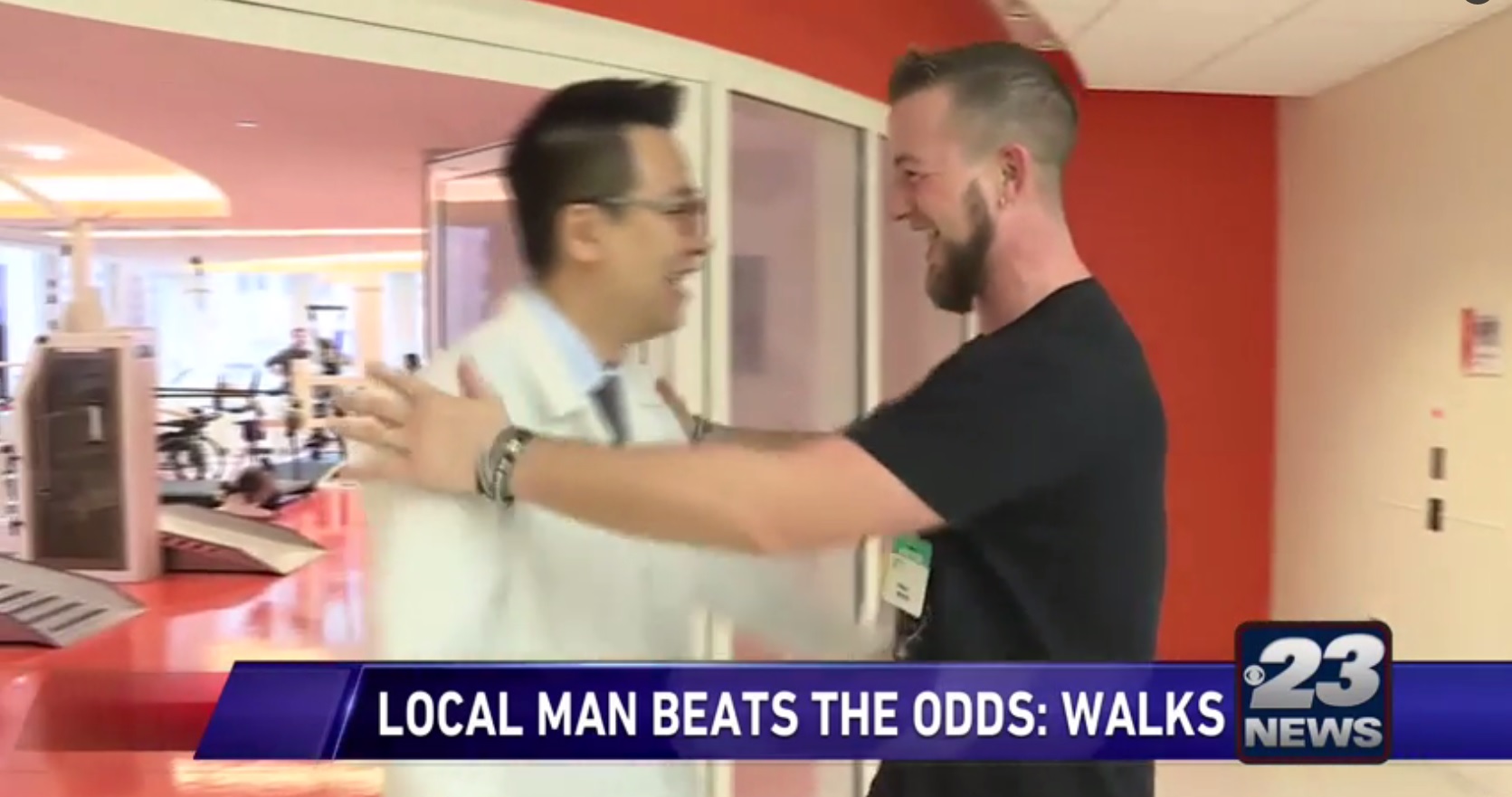 Mike's Story: One Year of Recovery